Kinofilm will host the final preview screening before the festival on the 8th of February at the central library in Manchester. Come get a taste of what’s to come during Kinofilm Festival with a special selection of shorts from this year’s Festival. The films start at 6.00 pm but we would love to see you at 5.30 for a glass of wine and some jazzy tunes. Event concludes at 7.30pm.

Limited number of tickets available at only £3.00 (+ booking fee) (until midnight Friday the 5th when the tickets go up to £5.00) 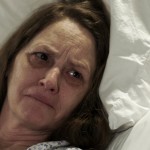 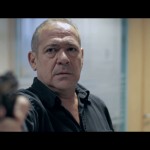 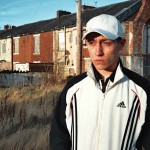 Thow Me To The Dogs

OS MENINOS DO RIO / THE CHILDREN OF THE RIVER
Dir / Prod / Wri: Javier Macipe
Portugal / Spain, 14 min, Cert 15
DRAMA / EUROCINE
In the riverside neighbourhood of Oporto all the children prove their courage by jumping from the Luis I Bridge into the Duero river. Leo is getting tired of everyone thinking he is a coward…

SEVEN DAYS A WEEK
Dir / Prod: Tal Amiran
UK, 9 min 53 sec, Cert PG
DOCUMENTARY
Paul, 65, opens his newspaper stall in North London at 4:40 in the morning and works seven days a week, all year long. He has been working at the stall on and off since he was 10…

THROW ME TO THE DOGS
Dir / Wri: Aaron Dunleavy, Joseph Ollman, Prod: Helena Lageder
UK, 12 min 15 sec, Cert 15
NORTH WEST / DRAMA
A troubled teenage boy, growing up in a dreamless wilderness and isolated from those around him, is stripped of his dignity as his father abandons him for the outside world which he is trying to retreat from.

HEAVENLY PEACE
Dir: Andreas Wessel-Therhorn
USA, 5 min. 13 sec., Cert 15
ANIMATION
An estranged gay couple is visited by a mischievous cupid just in time for Christmas. Based on a comic by Ralf Konig.

YOUR F****** BANK
Dir / Prod / Wri: José Luis Santos Pérez
Spain,13 min 4 sec, Cert 15
SPANISH / COMEDY
Ramón has got tickets for himself and his son for the cup final. But he has something to do first: he must rob a bank.