OPEN FOR SUBMISSIONS NOW. Our second event at Black Lion this year takes place on Wed 17th April and will focus on animation, music videos and experimental work. We’re inviting entries over the next 10 days. Work must have been completed within 2012 to date and must be short films no longer than 12 minutes. Apply to us now for an application form to submit your films. Open to all entries UK Wide – preference given to those that can attend the event to discuss their work but their will also be space for others too. 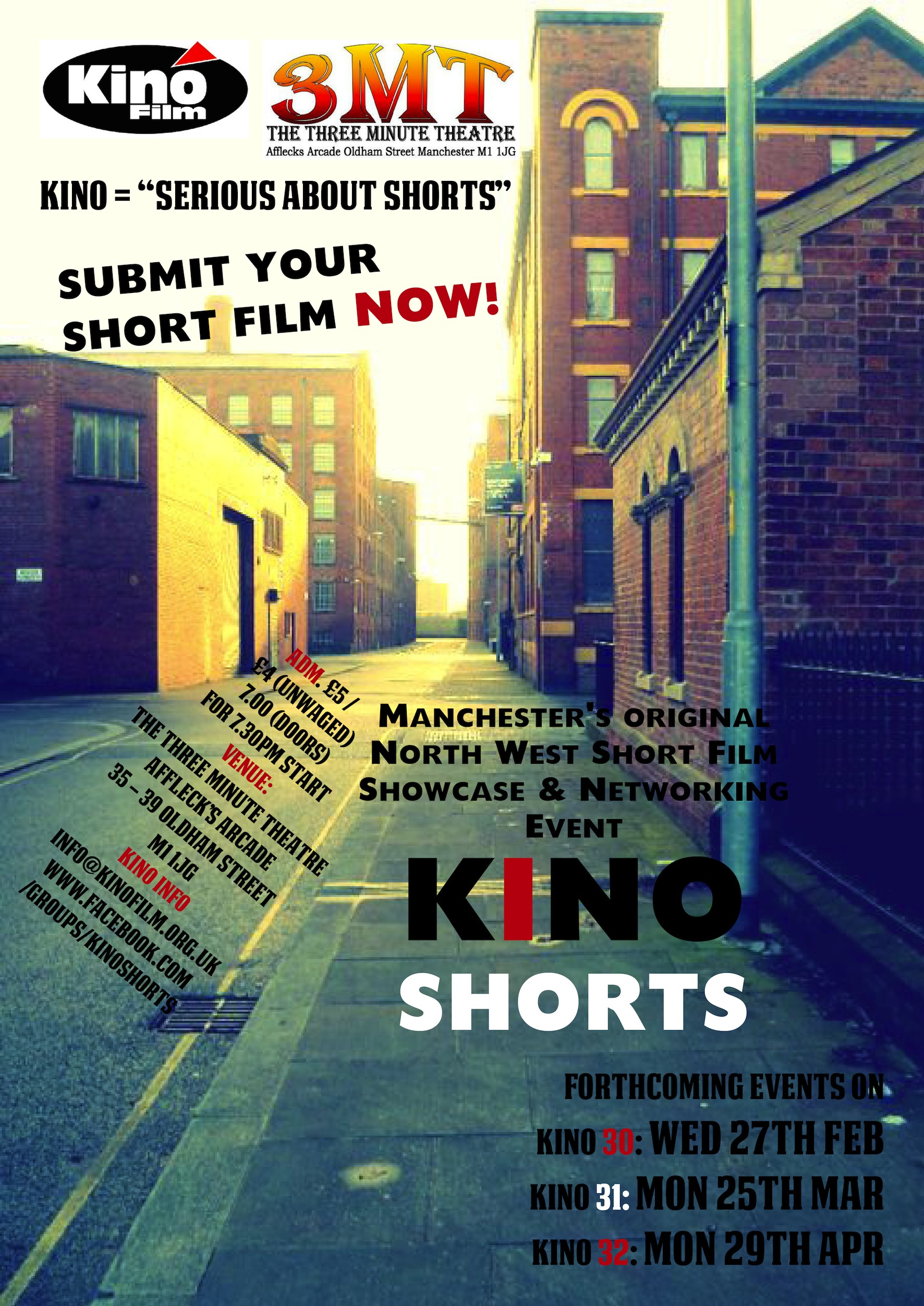 WE are looking for short films for this event NOW!

Emails will be going out to filmmakers shortly whose films have already been submitted and accepted for this event.

Films are selected in advance for quality and uniqueness so filmmakers should contact us for an application form and for details of how to submit your film, which is by DVD screener only (there is no mandatory fee). There are a couple of spaces still free in the programme should someone have a short to submit to this event. To submit a film contact john.kino@good.co.uk.

Films can be any genre as long as they are completed in the last 12 months and no longer than 20 mins. Fiction, animation, experimental, documentary, artist film and video and music videos are eligible.

Our nights feature short Q&A’s with the filmmakers after each film when the filmmaker is available. For those submitting a film from outside the region who cannot make the trip to the event we often propose a Skype Q&A. All interviews are filmed and uploaded to our you tube channel for everyone to view (see previous interviews here)http://www.youtube.com/kinofilmManc

—————————————————
Lastly, watch out for news of the return of the Kinofilm Manchester International Film Festival this year. We are now open for submisions and details will be on the blog shortly or Contact john.kino@good.co.uk for more information.
—————————————————

Advance reservations recommended by emailing John as seats are limited – but not essentlal as tickets will be available on the door. 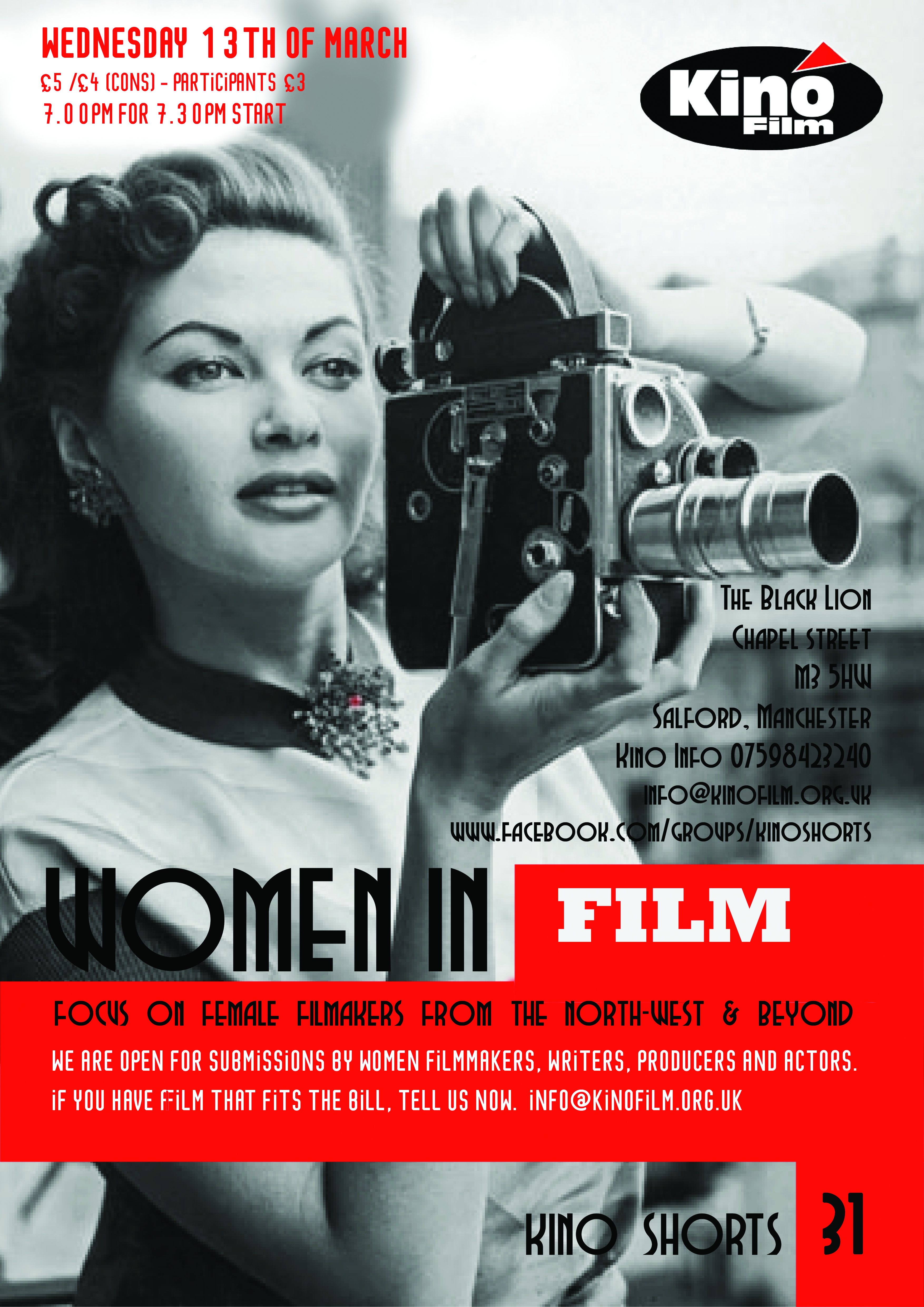 On Wed 13th March 2013 Kino will be hosting Kino Women in Shorts at The Black Lion in Salford. We are still accepting entries for this event which can be submitted by contacting john.kino@good.co.uk or registering the entry on the facebook event page .

You can either provide John with a copy of your film prior to the event or bring your own film on the night.

With your film submission you also need to provide the following information: Title, director/writer, main character – a short synopsis and the running time.

At this event we are aiming to focus on women filmmakers, directors, writers, actors and crew and what it’s like to be a woman in the film industry. The key things we are looking for are films in which women have played a prominent role in the film’s production be that either in the writing or direction, the craft (filming, sound, editing) the theme of the film, or the feature of a central female character.  The event is also open to male/female co-productions.

Filmmakers are also welcome to participate in a Q&A session about your screened film on the night, which is a great opportunity to promote your work further.

Our events encourage debate and discussion thoughout with Q&A sessions after each film followed by an oportunity for networking, both in the intermission and after the show. Each short film, where possible, will be followed by a discussion with the director / producer / writer of the film (and cast members when available)

Programme will finish by 10pm on this night so we have plenty of time for Networking after the screening and during the interval.

Advance reservations recommended by emailing John or turn up and pay on the door.