SPECTACULAR SHORTS AND EYE-OPENING SEMINARS AT THE KINOFILM FESTIVAL.

Today at the International Anthony Burgess Foundation, we’ve fatal femmes and has been boxers, border-jumpers and avenging cabbies, robberies gone wrong and time bent out of shape, and all manner of shadowy criminality in our KINO NOIR programme, which will be kicking off, in more ways than one, at 4pm.

This will be followed by our Transitions Panel. If you’re a filmmaker working in the short form, looking to move into features, or if you simply want to understand the traps and pitfalls, frustrations and triumphs of the filmmaker’s journey, then this is not to be missed. We’ll be joined by Mark Gill, director of Morrissey biopic ENGLAND IS MINE; Jason Wingard director of the award-winning IN ANOTHER LIFE; David Whitney, director of KANDAHAR BREAK; and Hannah Pike, director of the short HIT & RUN, who is in the process of developing her first feature. The event will be hosted by Alison Surtees from BECTU.

Then at 8.15pm, we’ve psychiatrists and social media, family losses and filial responsibility, and an eye-opening meditation on perception and media manipulation. A selection of the finest shorts from across the globe in the second of our International Panorama Screenings.

Over at the Brooks Building at the Birley Campus of MMU, we’ve a brace of Student Programmes, heralding in a talented new generation of world-class filmmakers. First up, at 5.30pm, we’ve family conflicts a-plenty, a comedienne with a moral dilemma, a female boxer fighting back and a man from the future, in our International Student Programme, then at 7.30pm we’ve unwanted pregnancies and failing fertility, collapsing relationships and fraught family dynamics in our Polish Student Programme.

Meanwhile, from 6pm at the Bragg Theatre b in the Schuster Building of the University of Manchester, we’ve Love, loss, unexpected human connection and incisive social commentary in a selection of the best of New Iranian Cinema. This programme will be introduced by artist and anthropologist Ahmad Moradi, who will explore the surge of short film production in Iran, and the ways in which such films are often a means of circumnavigating bureaucracy and State Censorship, and thus challenging the official narrative of the Islamic Republic. 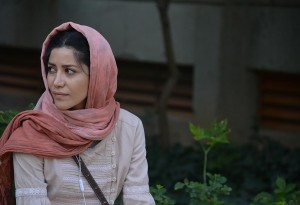 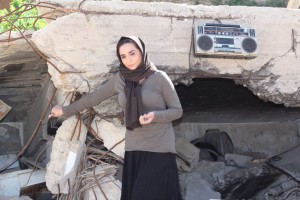