This workshop will explore participatory film-making approaches, techniques, methods and tips and how they work in reality. Workshop facilitators Roop and Natasha from Union Street will share their experiences over the last 8 years as well as give you an insight into how to develop work and find clients in this sector. This workshop is ideal for those wanting to get involved in participatory film-making or arts or are already working in this area.

I am born and bred in Old Trafford Manchester and grew up watching my Grandfather fight for political and cultural rights for minorities in the UK and succeed. I feel that my life experiences, travelling and upbringing has contributed to my understanding of people and places, complex issues and the interconnected facets of life.

I studied Media Technology at Salford University then worked at Sky TV. Although these were vital experiences, something was still missing for me. Wanting to combine my passion for filmmaking with travel, I teamed up with a crew in India to work on a documentary to raise awareness of the ancient cultural practices of a remote village in the foothills of the Himalayas. I realised I wanted to use my skills to document real issues and stories to inspire people and the world around me. After meeting Natasha in early 2008, we realised we could combine our energies to create something powerful and so we joined forces to create Union Street Media Arts. I now work with a variety of clients to produce and direct creative projects as well as co-produce creative social development projects.

With a colourful upbringing and background and an 11 year work history in healthcare, the entertainment industry, social development and the arts, culture and digital media sector, 6 year academic backing in Art, Politics and International Development, I have a diverse range of experiences. I have been brought up in Saudi Arabia, my roots are in Mauritius and have lived in the UK for 15 years.

I love working on things that just make sense, like having a voice, raising awareness, campaigning for natural health and equality. Its more of a lifestyle, and because I think this way, I’m incredibly dedicated. I often give talks, lectures, deliver training, coach and mentor on a range of topics such as setting up creative business, informal education, creative production and natural health. My passion is, among other topics, firmly on film for action – campaigning about some of the most pressing issues facing people today.

Going beyond observational anthropology to portray stories authored by real people is a core part of my process and not to be compromised. As a producer and director I take no prisoners and will not jeopardise ethics, morals or quality. I set up Union Street with Roop Sagar so we could create a small space where we can have a big impact on the rapidly changing world around us and inspire lasting change.

A panel discussion with several of the successful iShorts filmmakers and a representative of Creative England to discuss the director’s journey into the iShorts scheme and about how you can get involved in future rounds of the iShorts scheme. Taking place on the panel will be:

The event will be followed by the iSHORTS screening of six of the latest iShorts following a short break.

This event will discuss the various forms of funding or methods that filmmakers can attempt to fund their short or first feature, both going down the traditional funding route and looking at private equity.
Speakers and participants will include:

Mathew Archer, discussing private equity finance; Jenny Longworth recent recipient of iShorts funding; Ian Vernon, feature filmmaker who self funds his films. Mathew Archer will lead the panel and audiences will be given the opportunity to ask questions.

Panel debate with some of Manchester’s strongest female talent in the film industry to discuss, analyse and present some of the barriers (and solutions) surrounding their careers and the UK film industry in general.

Jo is a Manchester based Writer/Director and Camera person. Jo’s background was in fine art, working in installation and moving image before making the move over to narrative shorts in 2008 with her first short ‘Time Goes Nowhere’ which was funded by North West Vision and Media. Jo’s films have been screened at various festivals and events including London short film festival and her artwork has been exhibited at Glasgow Tramway as part of the National Review of Live Art.
Jo is also one of the founders and participating Artists in16 days of street art action. This year’s action ‘Pillars of the Community’ (Manchester City Centre, Oldham Street) saw a female street artist paint a different revolutionary woman on a bollard each day of the 16 days of action to end violence against women, celebrating unsung female icons of past and present and challenging the dominance of male historical figures in public spaces.

Manchester, England in 1984. Her mother is a fashion designer and manufacturer and her father is a musician, actor and playwright. Natalie is an award winning director in film and theatre, best known for her work directing, though she has also worked on a number of notable short and feature films as a cinematographer and assistant director. She started off in the theatre and grew up watching family members onstage, and quickly went into acting from a young age. This developed into writing and producing original plays, as well as working on other productions. Her work as a photographer naturally led into filmmaking, and though Natalie’s main focus is now in film she still works in theatre from time to time. Her play Parents Without Children had a recent nomination for the prestigious Manchester Theatre Awards, and has also won her Best Director for the North West Theatre Awards. Natalie has a 1st class degree from Salford University in ‘Media and Performance’ and has been developing her career as a film director and cinematographer, with her short films receiving worldwide appreciation, festival recognition and noted industry attention, including BAFTA award winning writer Geoff Thompson, and award winning film director David Attwood, amongst others.

Monica is an Actor who’s worked regularly in the short film network in Manchester and has been performing One-Woman play Moving Stories at The People’s History Museum for many years. She has written and co-created several short films during Filmonik Kabarets. She works as a Project Assistant at HOME Mcr, a Creative Director for IndieFlicks Film Festival and has a relaxation YouTube Channel.

Helen’s love of film began at the age of eight when introduced to Carol Reed’s OLIVER! After being disheartened by her own unsuccessful version of OLIVER TWIST (she was only eight!), she strayed off her path, leaving the dreams of drama as just that. She eventually got over her failed early attempts and found her way back to what she loved. As well as being an editor, Helen is an award winning filmmaker based in Manchester, UK. She earned her First Class BA Honours in Film & TV Production from The Manchester Film School. Her graduate film, DELICACY, which is still playing on the festival circuit, has screened at numerous film festivals in both the UK and USA, earned nine nominations, and won five awards including a prestigious ROYAL TELEVISION SOCIETY student award for Best Drama. Helen is about to direct her fourth short ENDS MEAT, a tale of madness, mystery, and macabre set in the city of Manchester.

The Fade to Black Film Festival organisation will offer a discussion about the recent criticism of a lack of diversity in mainstream TV and Film industry. #Oscarsowhite became a trending topic after Jada Pinkett Smith and Spike Lee said they wouldn’t attend this year’s Oscars due to the absence of diversity in the awards nominees. Through some teasers and fragments of films that weren’t nominated in the Oscars we will explore what was missed and we will discuss why it was missed. More info to come.

Fancy meeting some of the filmmakers, producers, programmers and Festival staff taking part in this year’s festival. This event is for filmmakers, producers, actors, media types and creatives, anyone involved in the industry is invited along to join us for a glass of wine and to do some essential networking. So get those creative ideas flying and come on down to Instituto Cervantes. Event will be followed by our Euro Cine 4 programme Crossing Borders which everyone is invited to stay for and sample some fine Sangria and more chat with audiences. There will be Q&A with Greek filmmakers Socrates Alafouzos, director of BETWEEEN BLACK AND WHITE interviewed by Silvana Serra.

Each day we invite filmmakers present to morning sessions to meet with other filmmakers, show films and discuss your projects and ideas. Generally, a networking round table sessions. If you would like to promote your self and join a session or set up a session to bring people along directors/producers/actors, or to pitch an idea, drop by our Info Desk at Central Library and chat with us and ask for one of the Festival Managers. Limited places so please contact us for a ticket to this event. Admission with ticket only. 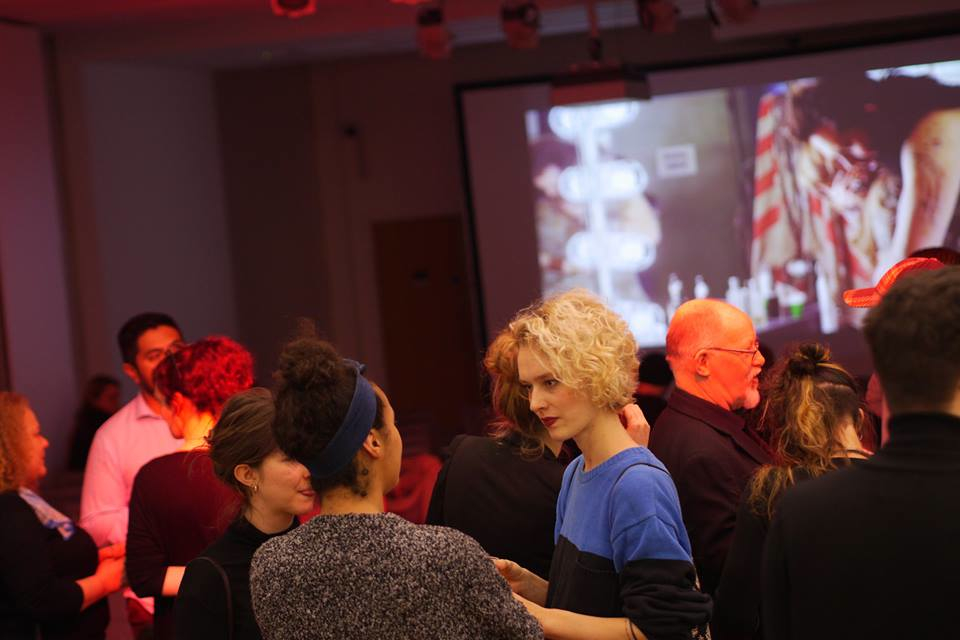 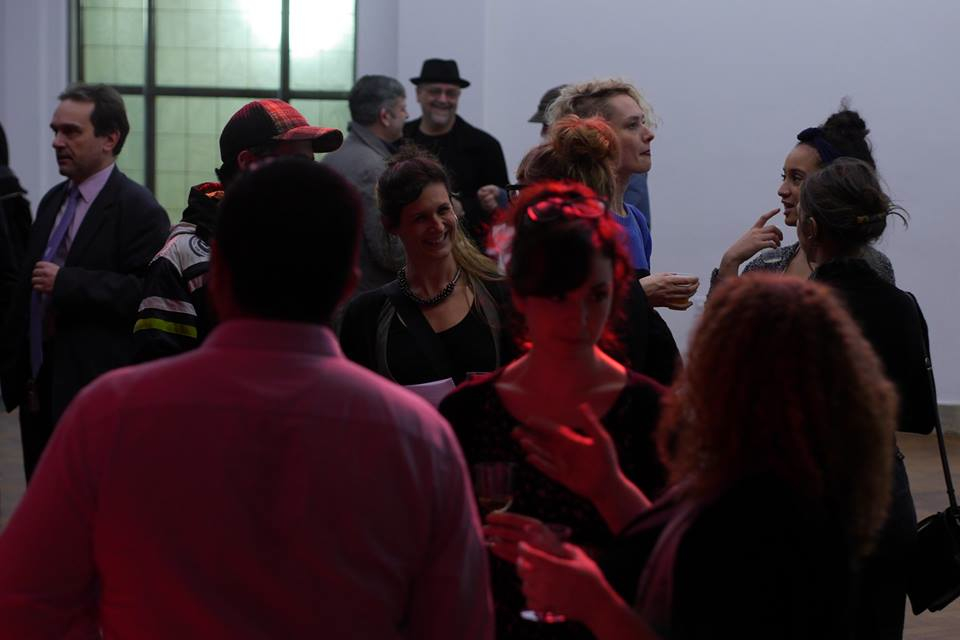