We are excited to announce that a month ago we appointed the new Festival Manager to assist deliver this year’s Kinofilm festival. Our new Festival Manager is Nicole Pott, the Festival Director of High Peak Independent Film Festival, the inaugural event which took place in July this year and will take place again in June 2018.

We are happy to welcome Nicole and happy to say she is doing a fantastic job so far and we are confident to present an exciting 14th edition of Kinofilm late November.

We’re also pleased to welcome back this year in the role of Head Programmer, Steve Balshaw. Steve has worked with Kino for many years on and off and returned to us last year after a break as joint programmer with Rob Speranza. This year we’re pleased to welcome Steve back in the driving role as Head Programmer. We have some fantastic programmes this year (38 programmes in all) and it’s certainly going to be a bumper year for participating flimmakers and audiences alike. Make sure you join us for a real feast of outstanding and ground breaking new short films and animations from all over the world.

And of course, not to mention that our Festival Director, John Wojowski is still in the driving role, without whose sheer determination to continue to deliver Kinofilm Festival year after year, we couldn’t do without John founded the Kinofilm Festival back in 1995 and has been the Festival Director ever since. He has also delivered other specialist festivals for Kino including 3 New Irish Film Festivals and an American Underground Festival. He has toured Kino to Australia, Brazil, Germany, Malaysia, New York and Los Angeles, USA. 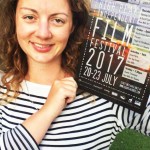 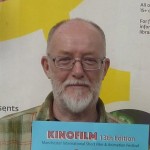 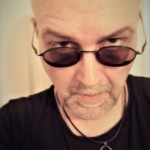 So in addition, the rest of our Programming team who have done such a fantastic job this year are as follows.

Here’s more info and a few pics of our programming team so you know who to look out for at this year’s festival.

Ally Davies is a BA, MA and MPhil in Cinema and Screen Studies from the University of Manchester, with her research thesis covering her specialist area of Post-9/ll American Politics and the Audiovisual Design of Science Fiction Film and Television. Other specialist areas include Production, Costume and Sound Design and Queer and Feminist Film. She is also a fiction and film criticism writer, mixed-media artist and film programmer, working in Engagement and arts events at HOME in Manchester.

Tom Mackintosh is a short film writer and playwright from Teesside, currently living in Manchester, who has written and produced several pieces for stage and screen.  Recently he has worked more as an independent short film exhibitor, collaborating on one recent film event with Kinofilm, whom he has since proudly worked with as a Festival Programmer.

Nada Abdulla is a PhD student in Social Anthropology with Visual Media and a filmmaker. She enjoys making occasional short documentaries and narrative films as a break from the Academic life. 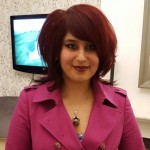 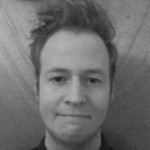 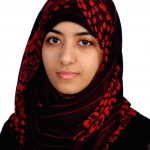 Nick Bimson is an English literature graduate who has a keen interest in film and its exhibition. He is currently preparing to study a masters in film programming and curation at the NFTS. 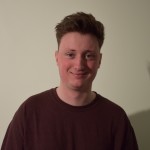 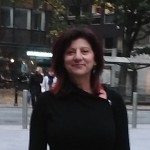