Following last month’s Kinofilm Festival we are pleased to announce the award winners and Special mentions to the rest of the world.

Thanks to all our jury members for the task of viewing and appraising all the films. We hope you agree they have made some great decisions from the 230 shorts films screened. 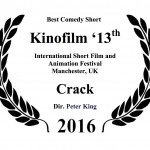 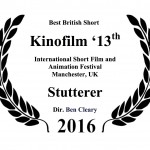 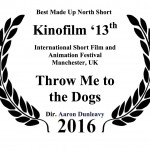 Best MADE IN MANCHESTER Short

Honourable mention to: Girl In The Dress (UK), Natalie Malla

Best MADE UP NORTH Short

Winner: Throw Me To The Dogs (UK) directed by Aaron Dunleavy 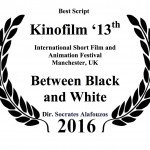 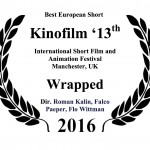 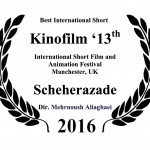 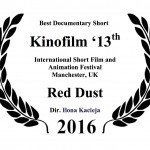 Winner: Between Black and White (Greece) directed by Socrates Alafouzos

Honourable mention to: Moritz and the Woodwose (Germany) Bryn Chainey

Runner Up: Children of the River (Portugal) directed by Javier Macipe

Jury for the Animation / Student / Women in Film Awards 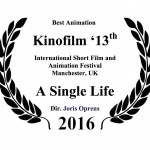 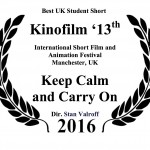 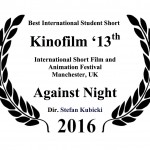 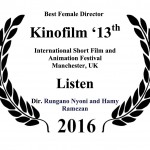 The jury watched a total of 28 animations – a fantastically eclectic mix of styles and stories from around the world – a true feast for the eyes!

Runner Up: We Can’t Live Without Cosmos (Russia) directed by Konstantin Bronzit.

Honourable mention to: Some Thing (Germany) directed by Elena Walf.

Honourable mention to: The Technician (UK) directed by James Arden.

The winner: Against Night (USA) directed by Stefan Kubicki.

Honourable mention to: Every Day My Dad Dies (USA) directed by Steven Rico.

Runner up: When I was Five I Became a Woman (UK) directed by Maryam Tafakory 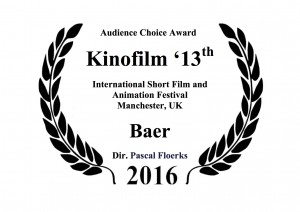