Our second selection of home grown talent from the UK includes the Horton Brothers hilarious zombie spoof ‘Get Some’ starring John Hannah, and new improv-based drama from Dan Kokotaijlo in relationship disaster short ‘Off Yer ‘Ead’ featuring Andrew Shim (This is England).

After a viral pandemic takes its grip on the planet, TV adventurer Hunter Smith fights back by presenting Get Some, a show in which he tracks and kills the infected for the entertainment of the surviving population.

Ever wanted to do something different? A white-collar worker escapes the confines of his office working environment, creatively exploring & dancing freely through the outside world.

A doomed relationship between a frustrated deaf woman and a lazy man who meet through a smartphone dating application.

An aging recluse is forced to confront his worst fears when an old neighbour returns home. 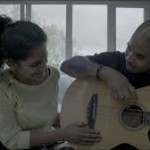 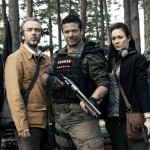 Between fiction and documentary, the dream states of a city are poetically and cinematically explored through the insights of strangers.

Terry is an elderly man coming to terms with the loss of his dearest friend, but will Terry ever find the escapism he so craves?

I’ll Be Here All Night

A pub singer tries to entertain a rowdy bar with help from a new fan, but soon finds hecklers are the least of his problems.