In this special program we encounter tales of past, present and future loves in a romantic collection of Spanish and Latin shorts. Including the UK Premiere of Gemma Ferrate’s touching tale of lost and found love in ‘Lemon and Chocolate’, and the eternal dilemma of a couple who are maybe slightly more than just good friends in Carlos Davila’s delightful romantic comedy ‘El Beso’ (The Kiss).

Is a kiss between friends ever ‘just a kiss’?

Luke and Lucy meet each other by chance and end up spending the day on a physical and emotional journey. 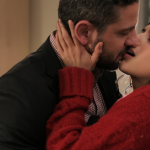 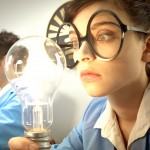 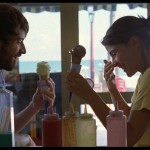 The language of love sometimes requires a phrasebook. Two people begin a friendship that brings back lost meaning to their lives.

In the not too distant future Marion will be the woman of every man’s dreams.

A English/Geman couple take a road-trip through the back roads of Alicante, on a cheap holiday, hoping to get their relationship back on firmer territory.

As an old cinema is closing down two young people meet for the first time, meanwhile two old friends are saying their final goodbyes at the last picture show. 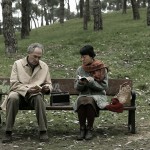 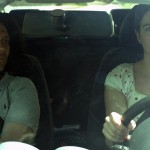 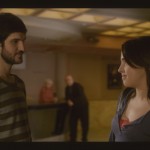