Sometimes it’s the little things that make us laugh! In this diverse selection of comedy shorts we are treated to a hilariously true to life train journey with a typical family in ‘Bradford Halifax London’. On the other side of the world a taxi driver aspires to touch lives through his songs in the sweetly humorous ‘Melvis’. Meanwhile it is a day like any other for Tony Bianchi, in Francesco Zuchi’s award winning magical comedy ‘Piove (It’s Raining)’.

When he couldn’t reach out for his dream, his dream reached out for him… a musical drama about a taxi driver who aspires to touch lives through his songs.

Shot in one take with one locked off camera position. A family take the 10:22 train from Bradford to London on just another ‘typical family’ outing…

After a young boy and girl hear a scary story, they become convinced something terrible is hiding beneath their beds. They may be right… 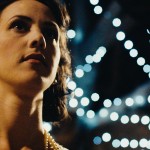 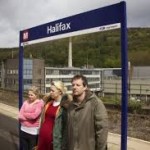 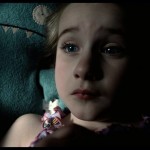 Having turned 60, Adela has the chance to win €300,000 and leave her old life behind. All she has to do is kick a ball from mid-field into an open goal during the half-time of a Spanish League football match…

Mr Dreamy parks in front of the Café and a shy waitress doesn’t dare to go out and talk to him. But her friend has a crazy idea how she can get to know this guy.

A directionless thirty something attempts to give some meaning to his life by roaming the streets as a superhero. 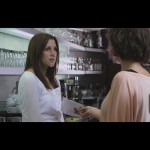 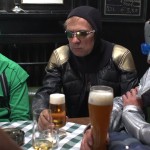 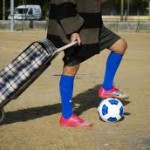 Susana and Miguel find a bug in the office… Or is it? What starts as curiosity will get the worst of them.

Tony Bianchi, a village doctor has daily encounters with colourful characters that gradually reveal an unexpected truth about his place in the world.