A compilation of shorts designed to illustrate the diverse talent of contemporary women filmmakers. Maria Cifuentes visualizes a woman’s body as a canvas to explore her inner life in ‘Despertar’(Awakening), Mischa Jakupcak delicately captures a father’s relationship with his child in ‘The Hero Pose’, whilst the power games of childhood are explored in the eerie atmosphere of an old attic in Esther Lowe’s dreamlike ‘Merry-Go-Round’.

A mother has to move abroad for work and leave her devoted Nanny behind. How can Sepideh find a way to avoid being separated from the children she loves?

The visual narration of a woman’s dream. Her body, an imaginary landscape, undergoes symbolic metamorphoses as her dream goes on, calling up the origins of life and the elements that compose it.

A child has questions about life and death, but isn’t happy with the answers. So he tries to find some of his own. 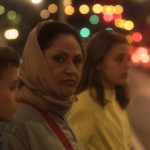 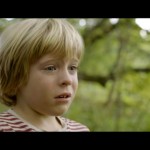 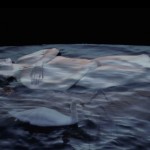 A spooky children’s story which explores the relationship between siblings by means of a game.

In a modern world where good, beauty and truth is all but lost, a man clings to an idealised vision of the world.

Two sons; one elderly mother; no end in sight.‘The Bigger Picture’ uses giant animated characters in life-size sets to tell the stark and darkly humorous tale of caring for an ageing parent.

Moo! is a coming of age story about a young Latin girl, Cheyenne, who learns through a bovine sized obstacle that she cannot always be in control of a situation…

Susana and Miguel find a bug in the office… Or is it? What starts as curiosity will get the worst of them.

A story about a father and daughter, and those precious moments in life when two people are able to pause and connect. 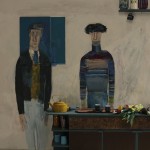 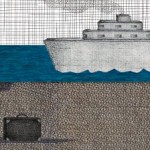 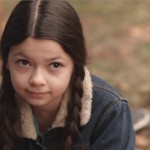 One thought on “Kinofilm 2014 presents Women in Film”