IMPORTANT ANNOUNCEMENT RE. FESTIVAL DATES
KINOFILM™ will present its 16th short film festival, Manchester International Short Film and Animation Festival from Saturday 21st March to Sunday 29th March 2020. (please note the revised dates announced on social media some 2-3 weeks ago). Look out for details of a Gala Special opening screening with opening party on the evening of Sat 21st March.
Festival Venues and full programme details to be announced very soon – please check back or keep an eye on our social media channels for latest announcements.
Screenings will be held at various venues in the City Manchester and in South Manchester, (more to be announced soon). KinoFilm has been celebrating the talents of emerging and established filmmakers since 1995 through film festivals, monthly short film events, feature screenings and education events. Anyone welcome to apply and attend our events.
In addition to our city centre venues we will be building a pop-up cinema over in Withington Village (just 20 mins by bus from Oxford Road or 30 mins from Piccadilly bus station. The Old Bank has been kindly donated to the Festival by the new owners Step Places and will be the first cinematic event in Withington since the closure of the village cinema Cine City in 2001. We are happy to be presenting the Home of Kino this year in Withington with the association of Step Places and We Are Withington. 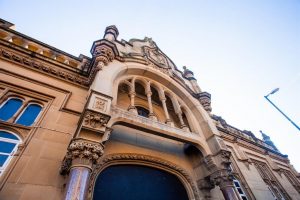 The Old Bank – photo by Grant 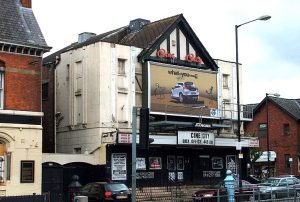 NEXT SUBMISSIONS FOR 2021
Submissions to our next festival in 2021 will open after the 16th Edition finishes on FILMFREEWAY in April. Discount codes will be available for some for full details will be announced in April on our Facebook page and www.kinofilm.org.uk. You will also be able to submit shorts to our Student section (20 mins and under), and to our Micro Shorts (under 5 mins including credits) and Mobile phones competitions at discounted rates ($10 cheaper than standard submissions), also closes on 31st July. Shorts should be between 2 and 4 mins (including all credits).
For enquiries please email us at: info (AT) Kinofilm.org.uk
Kinofilm™ Festival is presented and operated by the Manchester International Film Festival® www.kinofilm.org.uk 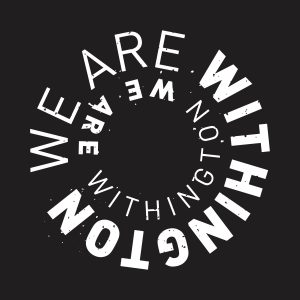