For this year’s International Section of the 16th Kinofilm Festival in our Premiere OnLine Edition, we reactivated  our jury members lined up for last year and recruited some new ones. We’d like to share our new jury members and thank them for the massive task of watching the 230 films in the international part of our 16th Edition Festival  online as we celebrate 25 years of Kino (the British live edition to follow in October). We’ll be making the announcement on the last day of the online edition – 16th May so remember to join us for our live broadcast on Bingewave.

The Jurors for the International Awards Section

Simona Meriggi has wide experience in the world of ballet, stage and musical theatre. Dancer, actress and director of dance, theatre and musical shows, she’s a guest teacher and choreographer in many schools and artistic director of two. As an actress and dubber, she acted in and directed some short films which received awards and special mentions.

Founder and Artistic Director of Amarcort Film Festival and SMArt Academy, collaborates with many cultural associations to organize events and staging of performances. She’s in the CNA Audiovisual and jury member to Italian and international short films festivals.

She founded and manages the website on short films www.shortisworth.com and is promoter of the network of festivals Shortisworth Med Network.000

‘Jennifer is a Scottish screenwriter and poet. She’s passionate about bringing independent and international film to local audiences around the UK.’

Will Davies is a proud Welshman who says he’s been lucky enough to have worked with many of the World’s most prominent broadcasters, filmmakers, and the odd superstar in recent years, and that this helped facilitate a surge of growth in his own creative side.   You’ll normally find him behind a monitor or camera, or perhaps looking up at a drone. Either way, he’s definitely happier on the rear side of the lens.

He generally tries to live by the “Who Dares Wins” and “Fortune Favours the Brave” mantras. But only in situations where he’s not being shot at or in any life-threatening situation – then it’s more “Circle the wagons” or just simply “Let’s run Away”. Find him with his flat cap, builders tea, and ill-fitting clothes.” 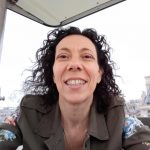 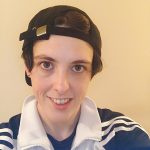 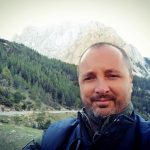 The Jurors for the European Awards Section

Debra Prinselaar is the Director of Film Production at Salford University, where more than 600 Film students are learning to make their mark on the film industry.

She has worked as an Executive Producer and Series Producer of a variety of programme genres for the BBC, ITV, Channel 4, Channel 5.

Katherine is a writer from North East England, interested in finding moving and boundary-pushing stories in seemingly unremarkable places. Influenced by the work of Mike Leigh, Michael Haneke and Catherine Breillat, she has a particular interest in realism, British, working class settings, sexuality, taboo and family life. Her work is often extremely personal and provocative.

Dominic Hastings is a freelance film critic from Manchester and a two-time graduate of The University of Salford. All of his works can be found at DomOnFilm.com. 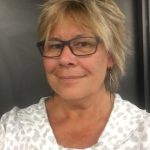 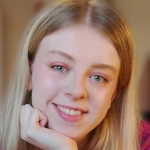 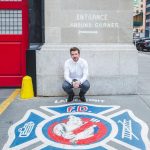 The Jurors for the Women In Film Awards Section

Una Baines  is a community activist, writer, musician and mum who works in a feminist band called Poppycock.

Una is best known as the keyboard player in the first line-up of British post-punk/new wave band the Fall. Her feminist viewpoint helped shape the band’s early political stance and she was one of the very few Fall members, other than frontman Mark E. Smith, who contributed lyrics to the group’s songs. (Credit for the photograph, Heather Greenbank).

Mizgin M. Arslan was born in a mixed Kurdish-Arab village near Mardin, situated in eastern Turkey. Having worked as a journalist for six consecutive years, she began to shoot short films and documentaries independently. She received various national and international awards with her first short film, The Last Game, (2006). Her first feature documentary, I Flew, You Stayed, (2012) has won a number of awards, including the Turkish Association of Film Critics, Documentary of the Year (2013), Best Documentary Award in Amed Film Festival and Mirella Galetti Award in Italy (2014).

The short film called “Houses with Small Windows”, that she co-wrote and acted in was selected for Official Competition at the Venice Film Festival (2013) and won the European Short Film Award as well as many other awards. She has an MA in cinema from Turkey and is doing her second MA in Digital Documentary at Royal Holloway University of London. She has been based in London since 2013. (photo credit is Richard Lipman). 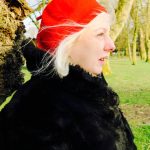 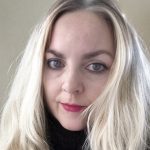 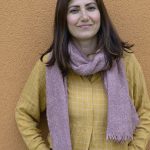 The Jurors for Animation. Documentary and Student Sections

Francesco Capuano graduated from University of Naples Federico II in Conservation of Cultural Heritage with a dissertation in Cinema, he attended film editing courses and workshops between Naples and Rome.

As a member of the pre-selection committee for short and feature films, he collaborated with italian and international film festivals. Since 2016 he works as Technical Director at International Tour Film Festival in Civitavecchia (Rome).

Laura-Beth Cowley is an animator, filmmaker, lecturer, researcher and journalist. She has written for multiple publications about the art of animation and contributions of animators everywhere.

Her films have been screened internationally and she speaks both at universities and public events about her own work as well as the broader themes of animation.

“Marco Milone is both a film producer (Revengeance, The Mafia Is No Longer What It Used To Be) and a startupper (board member of Freedom Waves and Undo Studios, as well as Administrative Director of The Nemesis). In addition to this, Marco is a japanologist and as a film critic he has lectured at universities and in many festivals, written books about classic Japanese culture (Per un introduzione sugli emaki and Evoluzione e rappresentazione simbolica del gioco del go) and articles about animated movies (abstract movies, Chinese and Russian animated movies).

He has also been invited to many festivals as a judge. Among his honours, he has been awarded with an honorary mention as comics journalist by the Franco Fossati Award for his book “Fumetti”, has played twice as the Italian representative in the shogi tournament “Yingde Cup” (2009, 2010), and has received an honorary degree in Naturopathy.” 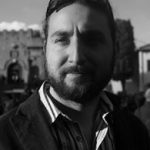 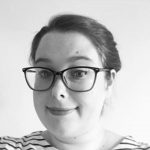 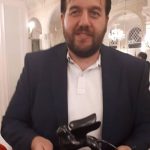 The Awards in the May Online edition will only cover the programmes showing in this International edition of the Festival. The British section of the awards will be judged and announced in the live UK British edition of the festival in October. Good luck to all our our participating filmmakers.